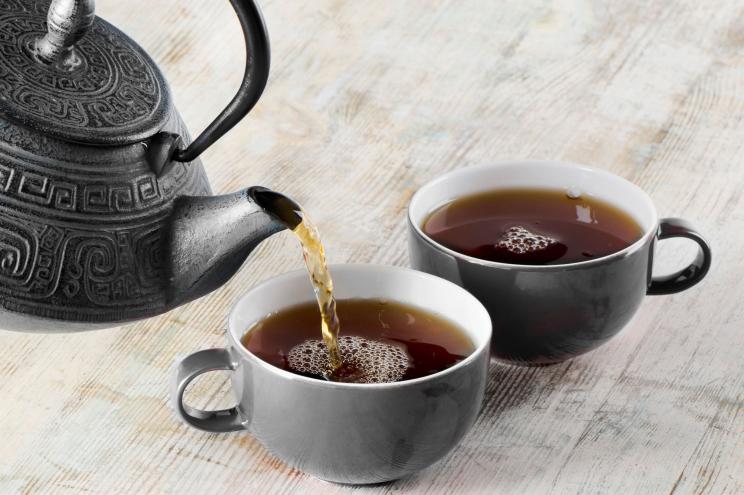 Next time pharma jerk Martin Shkreli wants to impress a girl, a $120 cup of tea is not going to cut it.

BBC Travel has discovered an even more precious Chinese brew, pricier than a bottle of the best Champagne or the rarest vintages of wine.

The luxe leaves are so exclusive that rich “tea collectors” use brokers to help them get the good stuff. In the 19th century, Brits were so obsessed with Da Hong Pao that they stole the seeds and tried to grow them in India. (It didn’t work.)

“It looks fit for a beggar, but it’s priced for an emperor and has the heart of the Buddha,” a tea maker named Xiao Hui told BBC.

What makes this drink so expensive? The leaves come from a single group of “mother trees” from the Chinese town of Wuyishan that have become nearly extinct. Some of these trees that are still standing will never grow tea again.

One bunch of these “precious, ancient bushes” saw its last harvest in 2005, which means that its leaves — scattered among tea connoisseurs — could become as expensive as diamonds, given enough time.

That makes the idea of sampling this liquid gold particularly tantalizing for those like Shkreli who like to flaunt their wealth. Though the former Turing Pharmaceuticals CEO — who made headlines after hiking the price of an AIDS drug by more than 5,000 percent — may have to sell off his infamous Wu Tang album to afford pot after pot.

By the way, if you are looking for the best art tea cup that fit expensive tea, hand made tenmoku tea cup may be a good choice for you.